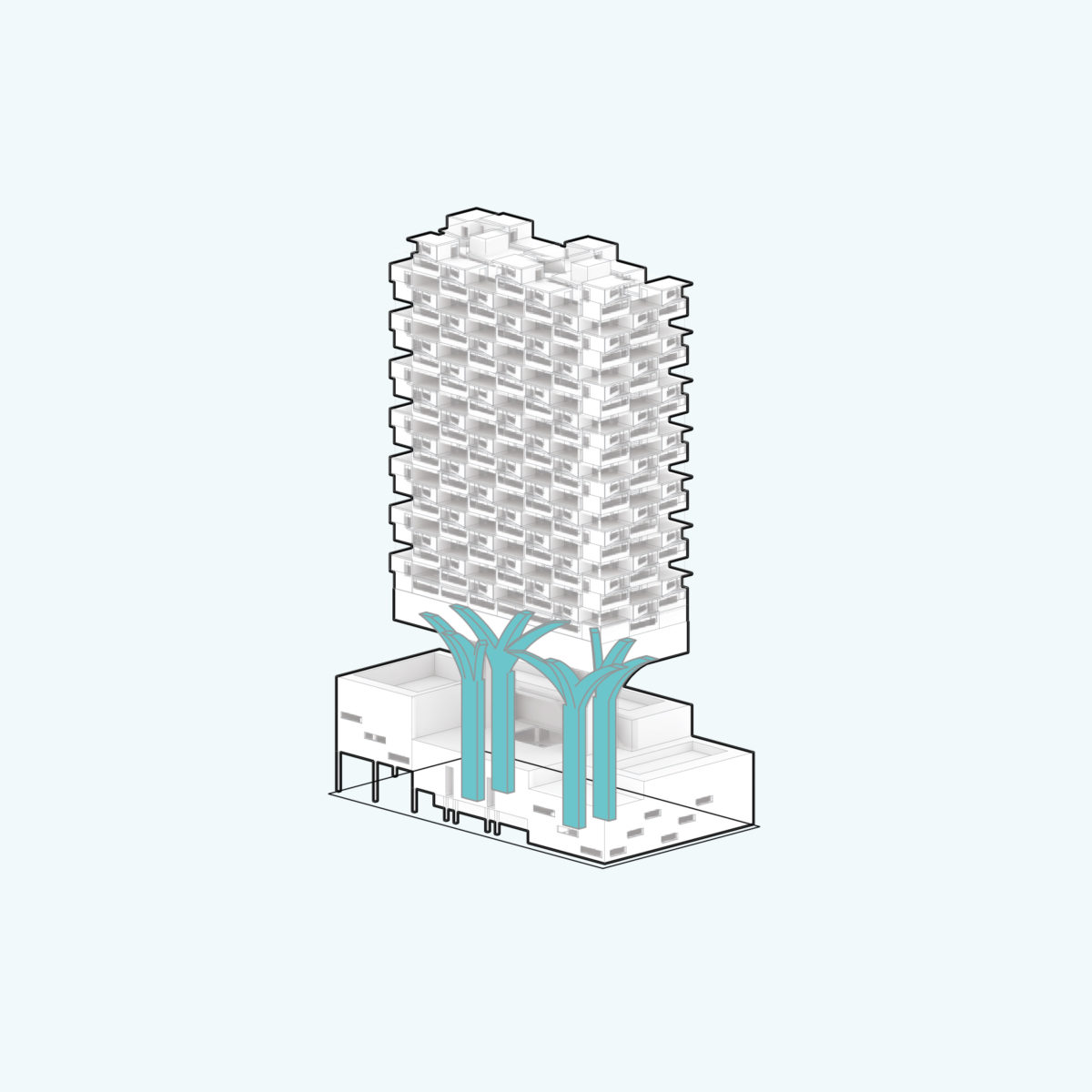 Our third semester core project was a challenge in absorbing the climate, culture, and character of an assigned city. Miami, a city of heat, humidity, and indulgence, has a distinct architectural character directly influenced by its climate. The beachside vernacular, outdoor lifestyles, skyscraper typologies, and weather patterns were utilised to consolidate a hotel, gym, and a thermal bath on a downtown site. Blurring of interior and exterior spaces and dispersed micro-climates in a vertical building became the two generative concepts.

The massing is an aggregate tower of two story villa units, posed above a podium of exterior pools and gym program. The villa typology was chosen because of its privacy, fewer shared walls, semi-self sufficiency, but also shared circulation and communal programs with other villas. The rooms are larger than the typical hotel room and have access to more exterior space. The hotel arranges the modules such that each unit has two shared exterior spaces as well as a smaller, private balcony. Each floor of the hotel’s staggered module units is arranged in sequence of three: roof terrace, first floor of a unit, and second floor of another unit on the same hotel floor. This sequence of three is repeated around the perimeter of the hotel, though altered depending on the facade to deflect direct sun exposure and maximize views (east and north facades angle north east, south facade angles southeast, and west facade angles northwest).