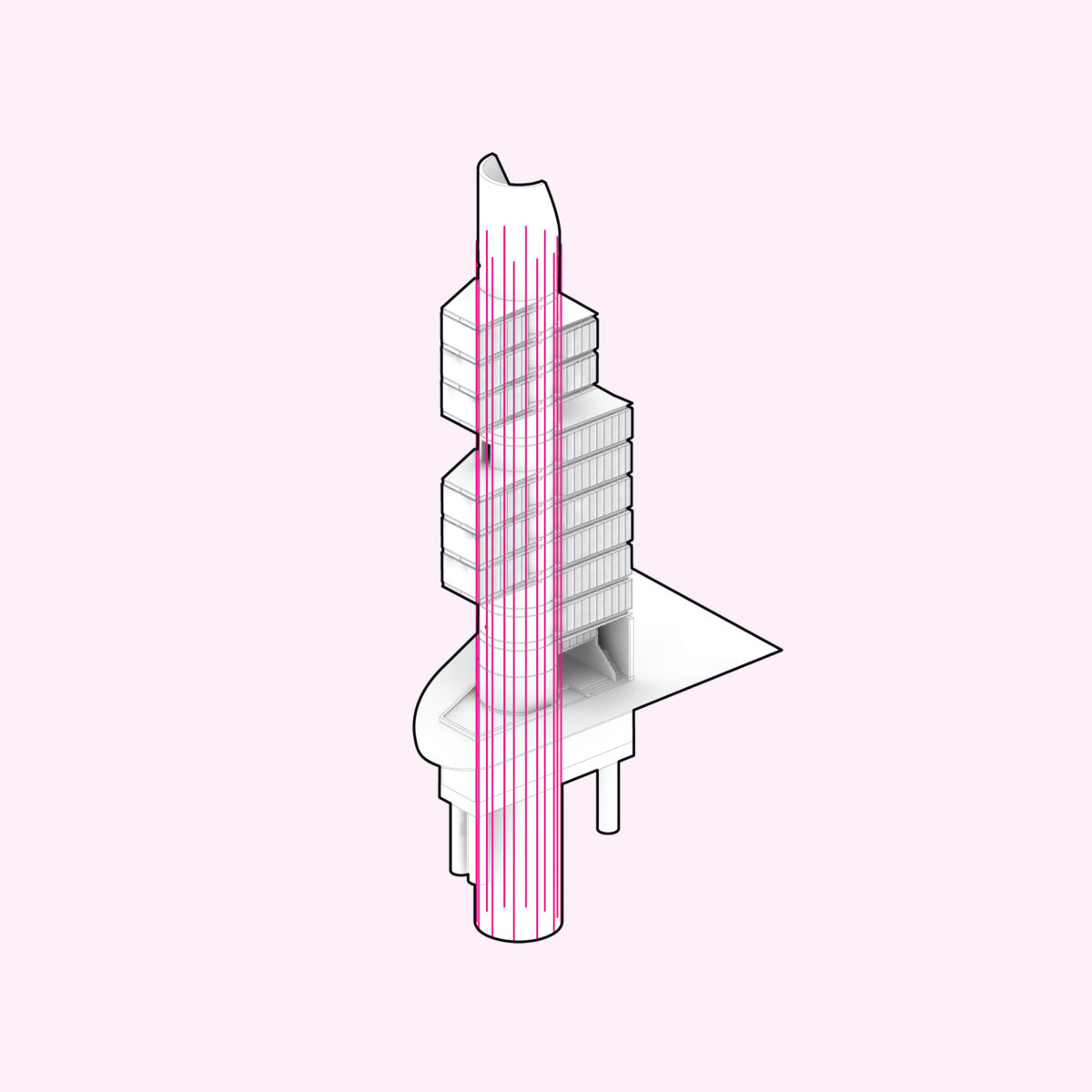 The Harvard GSD is home to the Kenzo Tange Archive, a collection of original drawings from Tange’s work. Our group chose the Shizuoka Press Center, a still extant building located in the Ginza district of Tokyo. As a group of four, we built a 3D model of the project from its original construction drawings. This exercise gave insight into the structural concepts of the project, including tapering cantilevers that “plug into” the structural core as was common in the Metabolism movement in 1960s Japan. We also discovered a large false cantilever at the back, which gives the illusion of a massive cantilever but belies the column supports within.