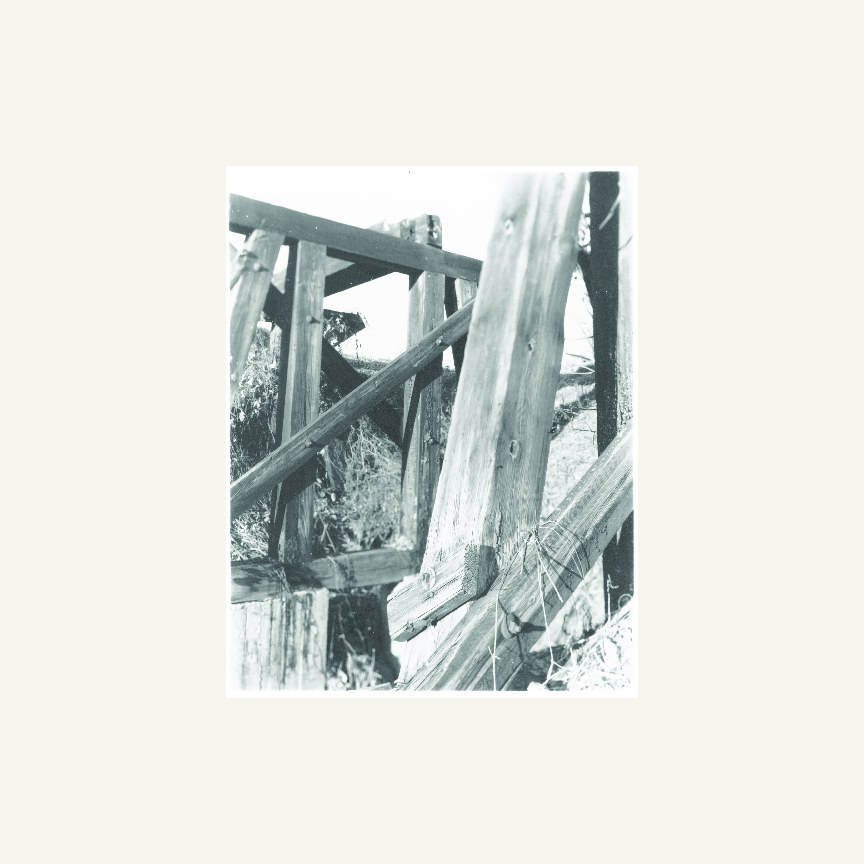 The Beltline, a deserted loop of railroad tracks encircling downtown and midtown Atlanta, once represented the industrial prowess of the burgeoning city. After years of disuse and overgrowth, the tracks became spaces for grafitti artists and vagabonds to gather and take shelter. One ambitious architecture student at Georgia Tech would dramatically change the character and function of these abandoned tracks. The proposal suggested that these tracks could become an urban hiking trail, with adjacent housing projects, public art displays, and improved public transportation. The plan has been set in motion with much development already taking place along the Beltline, and the paths already get much use from joggers and cyclists. These photographs, taken on 4″ x 5″ negatives in a view camera, show a frozen moment in time in the lifespan of the Beltline. Taken during the fall of 2010, the Beltline today is already unrecognizable from these images. At this time, there was an unplanned  character given to these spaces by the people who took shelter here and made this space their own.