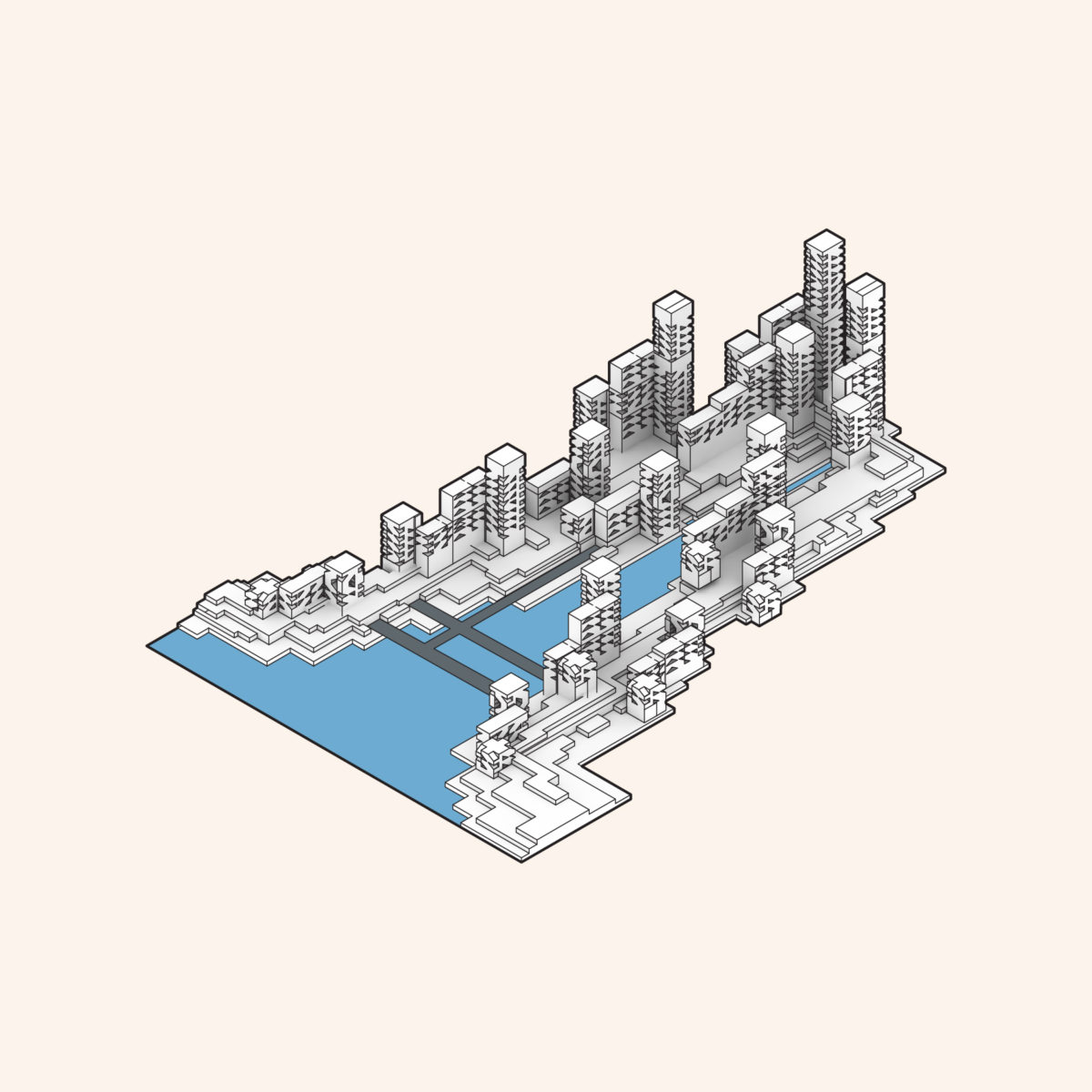 Working in a group of three for the entirety of a semester, our team was tasked to establish a concept for housing complexes across six blocks of the Hudson Yards neighborhood of New York City. Drawn to the challenges of addressing the waterfront with the infrastructure of the city, we chose to site ourselves along the edge of the Hudson River. First, we created five categories of coding to lay bare our priorities and goals:

We tried to both draw the city toward the water’s edge with public programming, infrastructure, and destinations, while simultaneously pulling the water’s edge into the city. This blurring of the threshold between city and water was stitched together with the existing thoroughfares, subways, and other infrastructure.

Operating within this framework, each team member took a portion of the site and developed a proposal emphasizing different aspects of the code. My proposal, positioned at the northernmost edge of the site, stacked modular housing units into an aggregate tower placed around a canal leading into the Hudson river. The towers were arranged to maximize views to the river and the city, staggering the plans to ensure this.