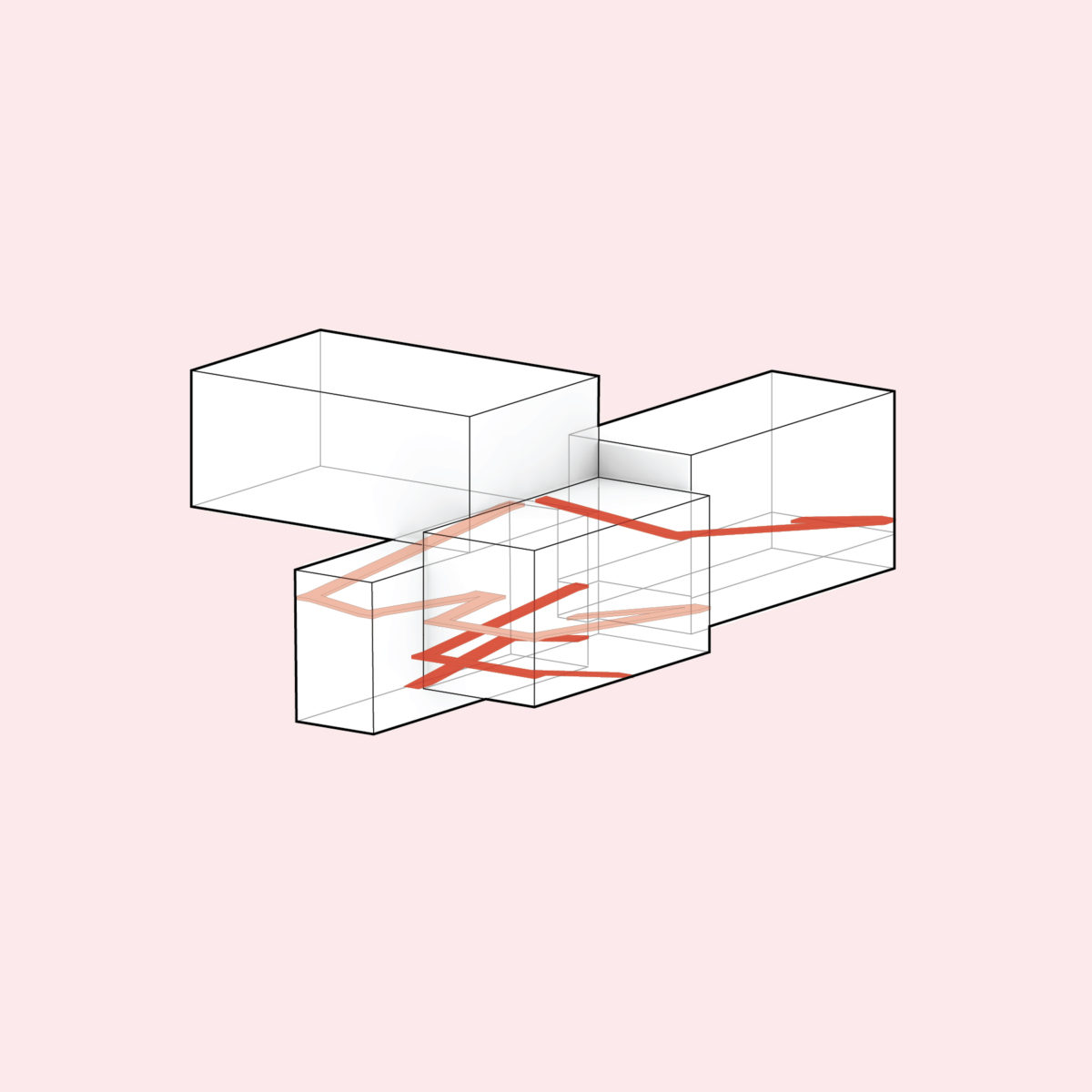 Proportion, circulation, elevation, and axiality were used to establish a familial relationship between the four main volumes. The fourth volume juts out off axis from the other and is initially understood to be the end of the main circulation path. These differences were used to set this volume apart from the others to create a false sense of completion, thus serving as a “red herring,” to conceal the presence of a truly hidden space. Additionally, the presence of “red herring” is two fold, in both space and circulation. There is only one path to ascend through the volumes, with another unreachable circulation path in plain site. The expectation is that they are a part of the same system, though they are not. Upon the moment of returning to the circulation path to descend, a slip in the wall is revealed that provides access to another circulation path that was previously unobtainable. The impression is given that this ramp will return to the exit, as the expectation is that the journey through the building was complete, but in fact this ramp leads to the hidden room. A banal space that when contrasted with the other volumes provides a sense of anti-climax.